Bo Lin Ai Yue I, 3'04''
Bo Lin Ai Yue II, 1’57‘’
"Bó Lín Ài Yuè" 柏林爱乐 is the Chinese name of "Berliner Phiharmoniker", the king of all the western classical orchestras of the world, as well as the name of a normal lower middle-class residential complex in Beijing, China.
In the past decades, it was once a trend that many residential complexes in China have been named after famous European cities as well as well-known architectures. Such as "Venice Garden", "Zurich Home", "New York Town", etc. These kinds of names, in general, are standing for the imagination fo a "better" life.
In the video "Bó Lín Ài Yuè I", I played a sound recording of Berliner Phiharmoniker in this Beijing residential complex of the same name and recorded how people live there reacted to the music ( no reaction is also a reaction). The music I chose is Gustav Mahler's epic piece "The Song of the Earth", which was originally written based on a wrong translation of classical Chinese poems in the late 19th century.
Two months later, In the video "Bó Lín Ài Yuè II", I conducted a performance in front of the home site of Berliner Phiharmoniker - the Phiharmonie in Berlin. Since we came in the early morning and didn't go inside the architecture where the music is played, the place itself lost its meaning and returned back to a normal public space in the urban area. The performance, by using monotonous repeat of body movements, suggesting a kind of occupying the public space, is directly inspired by a square dance video I came across during the research on the Chinese version of Youtube. Coincidentally, this Chinese video is taken exactly at this residential complex "Berliner Phiharmoniker".
click here to watch the original square dance at "Berliner Phiharmoniker", Beijing. 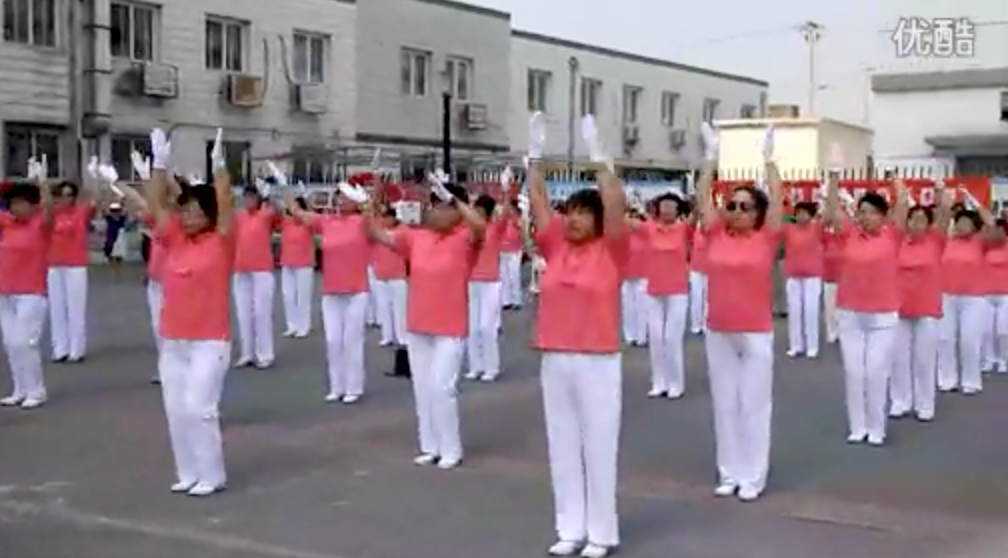 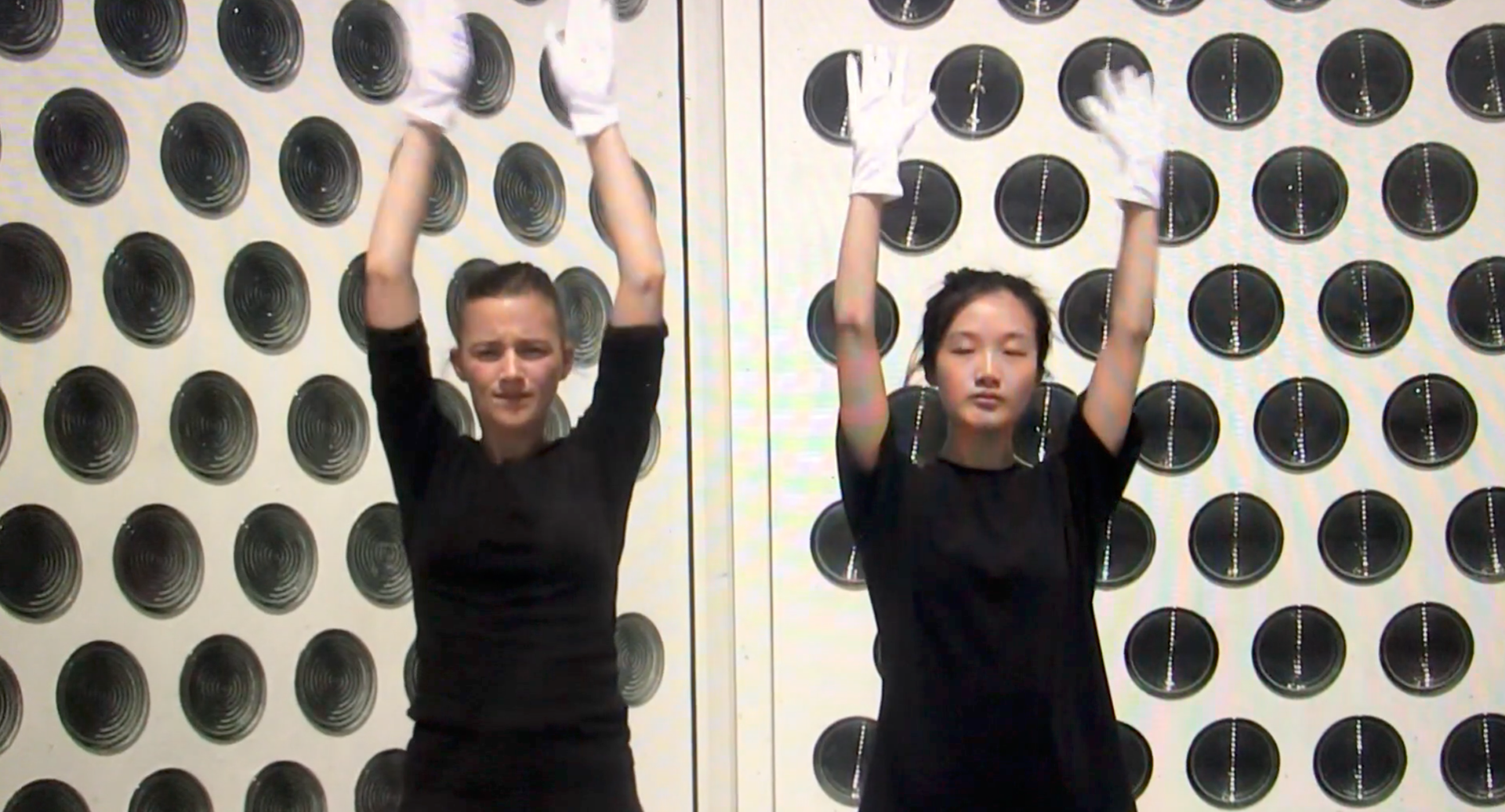